Cranking the mimeograph to bring you a smatter of summertime tidings.

New from  Lo Five, the EP Lack - marbled fog blocs for fuzzy heads ("Thicc Air", one of these four tracks is titled - and sounds like it).

Moon Wiring Club have only just made the most recent releases, Ghost Party Delirium CD and Ghost Party Delirium LP (completely separate records) digitally available on Bandcamp. These I slept on a bit, arriving very late in 2021 as they did, but the CD in particular - a double - has resurged as listening for me recently and I recommend a deep delve.  I got stuck on this one tune "The Original Phantom Roller", entranced by its descending-and-ascending reverbed B-line and hall-of-mirror recession of  lady voices ("watch the light!", "who's real, then? Me - or you"). Having played it  at least thirty times now, I feel certain it would make an all-time MWC Top Twenty.  Another killer is this crepuscular creeper with slap-bass twinges as unexpected and alarming as a tendon snapping.

Another oldie but goodie - really old in fact, and really good (among the Top Five Greatest Hauntological Recordings Ever) - is something whose first-time vinyl reincarnation bypassed me some months ago: Dead Air by Mordant Music. One of that first cluster of albums that made it clear something was happening that needed monitoring and monikering, the CD's mustard-hued fold-out has been gorgeously scaled up into a gatefold elpee by Castles in Space, with new artwork from Admiral Greyscale worked in there. And the audio has been remastered for vinyl - hear here the new edition's first side of dankly glistening glory. 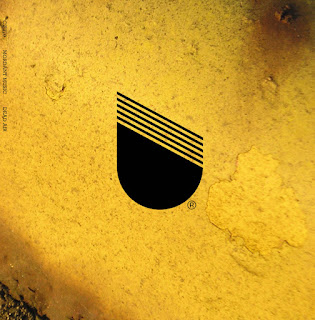 Beautify Junkyards have just released the lovely and eerie film Cosmorama Moving Images. A creative ruse around the challenges of touring in a locked down world, it documents a live performance by the band in a space  teeming with video projections, with surrealistic interludes involving spoken word from Justin Hopper of Old Weird Albion renown. "The environment becomes labyrinthine and the band's vibrant performance seems to induce the formation of spatial and temporal portals that spectators are invited to cross." Inspirations include Victorian London's Cosmorama rooms and the experimental film maker Stan VanDerBeek.

You can see the movie at Vimeo On Demand.

Not really from this parish - but let's say he's an exchange student - Estonian pop aesthete Mart Avi has an  excellent new album out, Blade.

Canadian exchange student Samuel Macklin (better known as  connect_icut) has a collaborative project with Larissa Loyva called The Bastion Mews. Their latest emanation is this eddying haze of songspace titled "Sinking" and paired with the songspacier "Sinking Dub". It's the second in a series of singles - check out also last month's "Sweet" b/w "Sweet Dub."

Best described as an obscure, dadaist sound collage, the album was realized entirely by experimenting with an array of tape cut-ups and analog sound manipulation techniques. A set of live improvisations performed with an assemblage of 4-tracks tape recorders, testing the possibilities offered by the textural audio qualities of cassettes. With an imagery shaped by Ed Wood-style geographic and fictional tropes, Metaphysical Graffiti stands as an aural alternative to a subcultural cave painting. The album is an ill-defined conglomerate of unintelligible folklore, flimsy remote voices and phony, signal-like transmissions. A fragmentary listening conjuring the instability of shortwave explorations and the ominous vibes of waking up in the middle of the night after falling asleep in front of a television in an unfamiliar locale. The samples and soundbites emerging from the minimal tracks’ backbone originate from a careful collection built through time by the musician and is composed of miscellaneous forgotten sales bin recordings, abstruse midnight home movies and haphazard library music pieces. Although the ten songs show a tendency towards supernatural, at times eldritch overtones, the work is surprisingly balanced by a direct simplicity. An atmosphere crafted through delicate distension of time and scattered synth themes. For the most part, Metaphysical Graffiti builds on liminal ambiances reminding of the early James Ferraro and Joel Vandroogenbroeck’s "Biomechanoid", crafting a long moment of discontinuous suspension akin to slow opium phantasmagorias. A space crawling with dimensional spooks drawn in sedative-induced reveries and practical-effects era delusions.

Finally, I recommend a good dig through our local library's record section. In amongst the budget classical, brass band and Bread albums, you can find some unexpected gems. Like these Eiretronica albums from the 1970s! 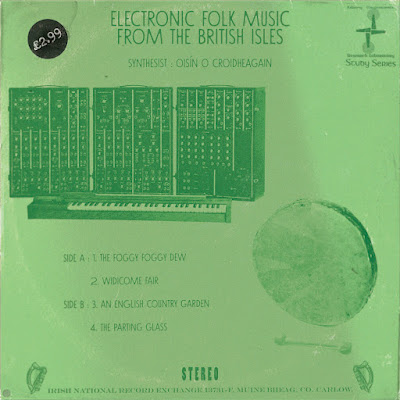 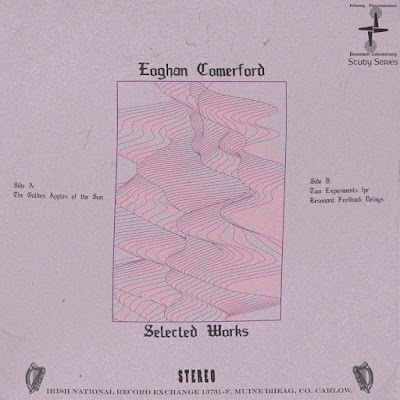 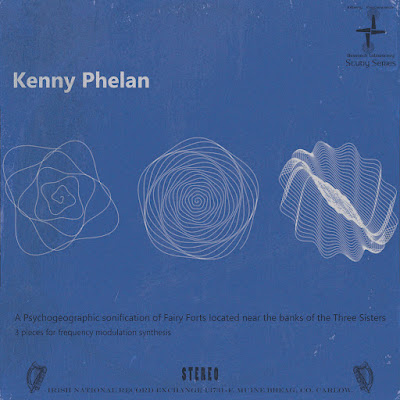 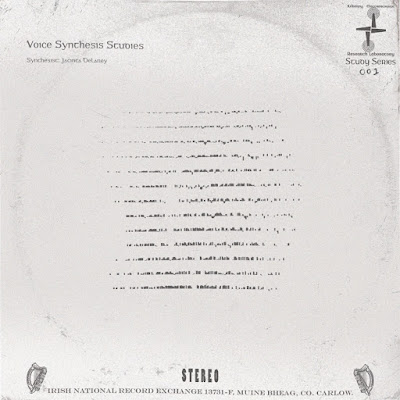 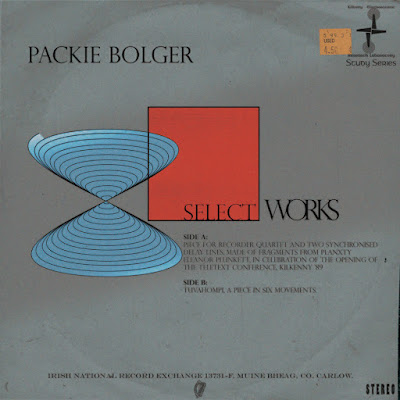 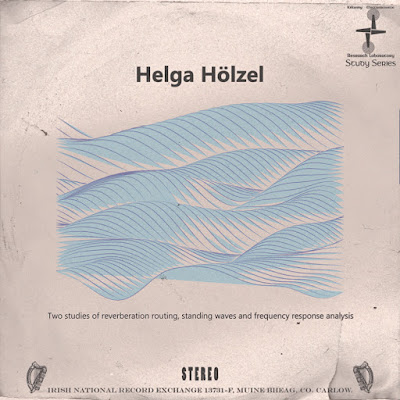 For the full story about these releases, go to the Miúin Archives.

There is also a new curated compilation of work made at the Kilkenny Electroacoustic Research Laboratory in the 1960s, '70s and '80s.

"The Kilkenny Electroacoustic Research Laboratory was informally set up in late 1965 by Jacinta Delaney (1937 -) and Eoghan Comerford (1935 -). They were inspired by Groupe de Recherches Musicales after Comerford visited the RTF in Paris in ’64..... The purpose of this collection is an introduction to a selection of works by key characters in the development of K.E.R.L. The structure of the collection gives a general outline of the development of the works throughout the history of the Lab, but it is no way comprehensive." 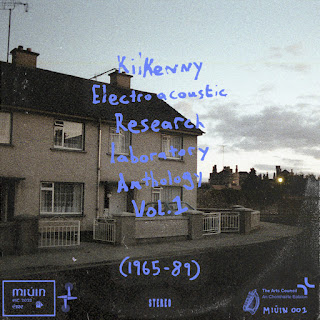 Posted by SIMON REYNOLDS at 8:55 PM