Commercial for the new Moog synth bundle by Julian House

Postscript: And Julian points me to this other Moog commercial he made.

Posted by SIMON REYNOLDS at 3:43 PM No comments:

Certainly when researching Shock + Awe, I didn't find it once in the contemporaneous writings about Roxy Music, although later on the idea that they collided future and retro in deliciously entangled ways would become a critical commonplace

But here's an early use of it from Peter York, in his famous piece on "Them" (a clique / milieu of style hyper-conscious provocateurs, an avant-garde of sensibility) from Harpers & Queen, October 1976

"The Sex people hate Retro, and seem perfectly sincere about it"

(Sex meaning the people in and around McLaren and Westwood's boutique - and the quote seems to be defining the Sex / punk people against Them's irony and pomo traits - ie. "they mean it, maaan", they're in deadly earnest)

Email ThisBlogThis!Share to TwitterShare to FacebookShare to Pinterest
Labels: RETRO AS A WORD

"I wanted to write music that didn't exist"

Posted by SIMON REYNOLDS at 7:22 PM No comments: 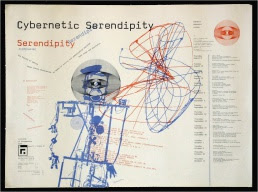 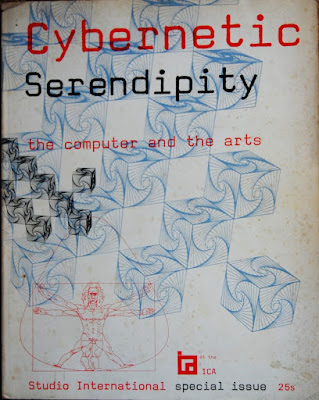 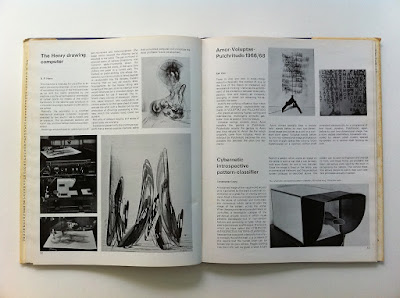 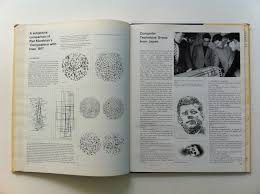 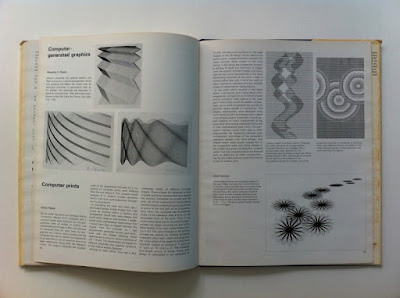 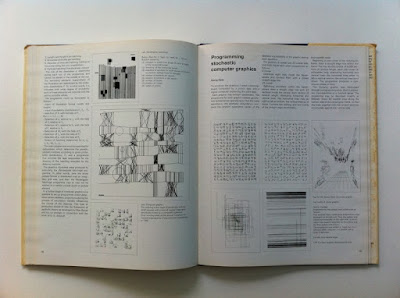 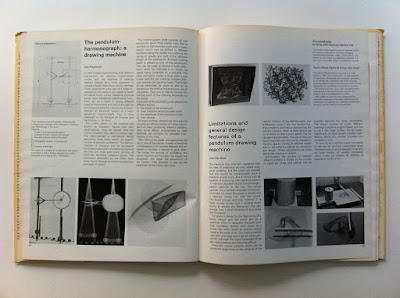 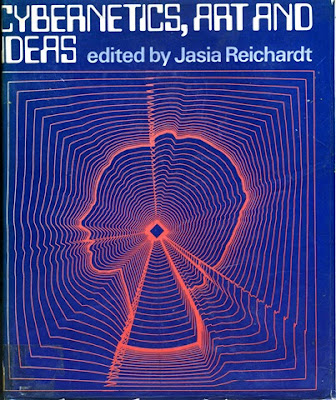 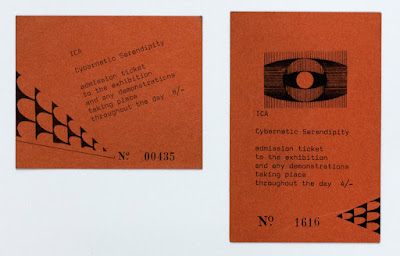 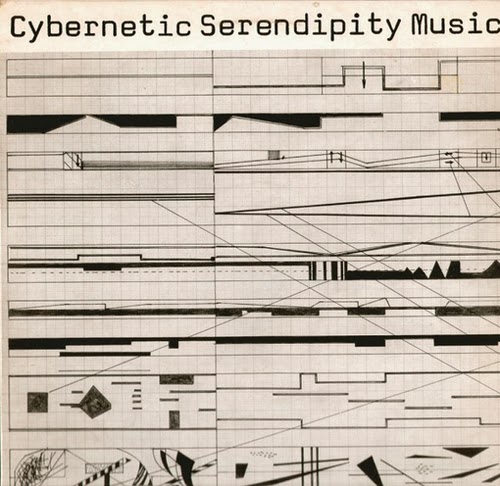 Cybernetic Serendipity Music ICA01 | ICA02
1968 ICA Nash House, The Mall, London SW1
ICA01
A1 Lajaren Hiller & Leonard Isaacson – Illiac Suite (Experiment 4). 1957, 4 minutes, Mono.
A2 John Cage – Cartridge Music (excerpt). 1960, 5 minutes, Stereo.
A3 Iannis Xenakis – Strategie (excerpt). 1962, 5 minutes, Stereo.
A4 Wilhelm Fucks – Experiment Quatro-Due. 1963, 5 minutes, Mono.
A5 J.K. Randall – Mudgett (excerpt). 1965, 7½ minutes, Stereo.
ICA02
B1 Gerald Strang – Compusition 3. 1966, 2½ minutes, Mono.
B2 Haruki Tsuchiya – Bit Music (excerpt). 1967-1968, 2⅜ minutes, Stereo.
B3 T.H. O’Beirne – Enneadic Selections. 1968, 4¼ minutes, Mono.
B4 Peter Zinovieff – January Tensions. 1968, 10½ minutes, Stereo.
B5 Herbert Brün – Infraudibles. 1967, 8 ½ minutes, Stereo.
This record was made to celebrate and commemorate the Cybernetic Serendipity exhibition held at the ICA, London, 1st August to 20th October 1968.
During the preparation of the Cybernetic Serendipity exhibition two things became apparent.
One, that in order to show what was going on in the field computer music, it was necessary to include a considerable amount of material that was not strictly composed with or played by computer. Two, that dealing with an exploratory field, all attempts at a historical perspective or firm evaluation were out of place. The exhibition and this record, therefore, are essentially a reportage of current trends and developments in programmed and stochastic music.
The first landmark in computer composition is Lejaren A. Hiller’s ‘Illiac Suite’, 1957. Many experiments have been carried out before, but these were either exploratory without yielding a tangible music, or were mostly concerned with the technical possibilities of imitating familiar sounds.
Ideas which are relevant to composition with computers were frequently employed in the experimental musical composition of the past thirty years. The work of Joseph Schillinger, for instance, through its systematic analysis and programming, antedates the methods employed by computer composers today. The notion of randomness exemplified in the work of John Cage is also of crucial importance. Randomness (decision avoiding, or more concisely, leaving a decision to chance within an exactly specified range of possibilities) is one of the most important tools of the computer composer.
Computer music falls into two categories: computer composition and computer sound. Specific works may employ one or both of these. ‘Illiac Suite’ is computer composed but performed by a string quartet. Pieces by James Tenney, Gerald Strang and Peter Zinovieff utilise the computer both as a tool to compose with and a sound-making instrument. The experimental pieces produced at Bell Telephone Laboratories make use of existing tunes like ‘A bicycle built for two’ but played and sung by a computer.
As a souvenir of the Cybernetic Serendipity exhibition this record is a selection of work in progress.
The cover shows a section of a score for “Four Sacred April Rounds’ 1968 by Peter Zinovieff 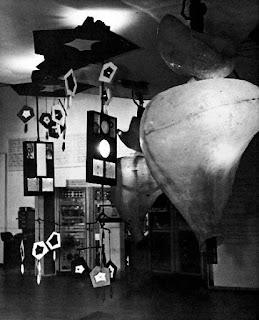 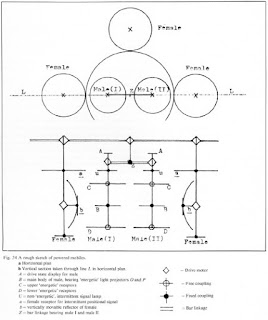 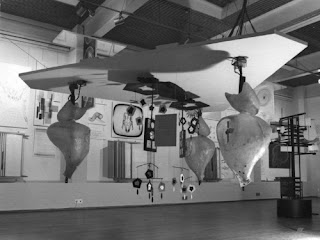 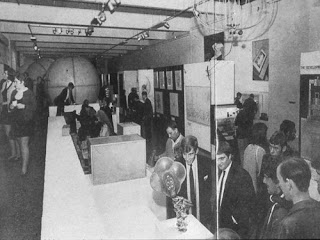 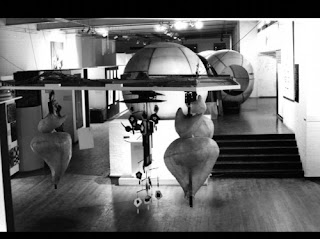 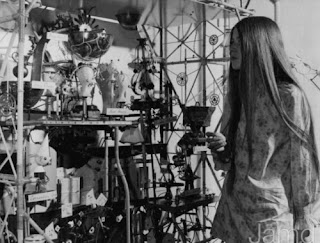 Posted by SIMON REYNOLDS at 4:51 PM No comments: