“This embracing of what were unambiguously children's characters at their mid-20th century inception seems to indicate a retreat from the admittedly overwhelming complexities of modern existence... It looks to me very much like a significant section of the public, having given up on attempting to understand the reality they are actually living in, have instead reasoned that they might at least be able to comprehend the sprawling, meaningless, but at-least-still-finite 'universes' presented by DC or Marvel Comics. I would also observe that it is, potentially, culturally catastrophic to have the ephemera of a previous century squatting possessively on the cultural stage and refusing to allow this surely unprecedented era to develop a culture of its own, relevant and sufficient to its times" - Alan Moore

Coupled - paradoxically - with absolutely ultra-modern state of the art powers being flexed in terms of the technical execution of these "children's entertainments" - the CGI and motion-capture, the 3-D camerawork,  the sound design, the grading, the editing etc etc etc.

A parallel to my avant-lumpen theory about the most progressive or futuroid musical forms being coupled with politically regressive values and attitudes.

Technosonically in the future;  emotionally-libidinally in the.... Middle Ages, really.

Return of the saga, the legend, the epic, the allegorical etc etc

On the subject of heroics and heroism, I think also of this book 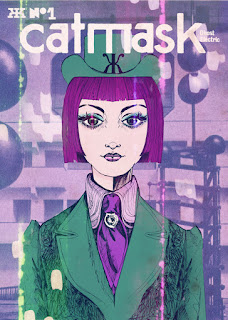 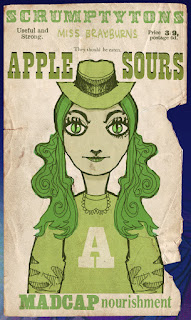 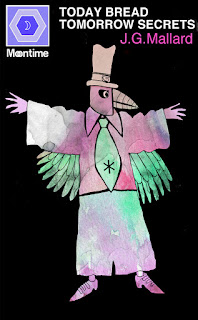 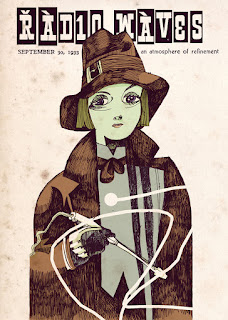 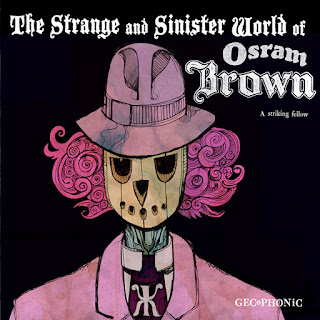 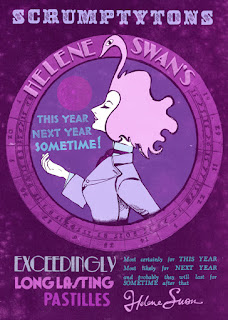 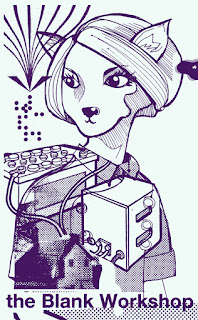 Posted by SIMON REYNOLDS at 11:05 AM No comments:

"Meat Loaf has, essentially, given his name and brand good-will to another artist, who is, essentially, touring as Meat Loaf . Personally, I think this is the wave of the future"

Yes, this is one step further towards rock developing the equivalent of  classical music repertory

But it's not just the score / songs that has to be reconstituted - it's the voice and the performance moves, the presence of the performer, as ersatz

Rock being as much about the vocal personality and the look / vibe of the artist, as it is about notes and textures and tempos.

The facsimile artist must replicate as closely as possible the grain of the singer's voice, the phrasing, the staging and gestures - all of those elements are "the score"

There was a Genesis tribute band who did a whole tour based on the  The Lamb Lies Down on Broadway Tour and got hold of the original slide projections and other staging elements (costumes, i should imagine) from Genesis. The whole thing was done with their blessing and perhaps with some of the revenue going to the original band, who knows.

You could imagine a really big band that is too old or frail to tour anymore actually franchising out concert-playing versions of themselves in different territories - South America, Asia,  Eastern Europe / Russia.

Of course the other route for retro-rock nostalgia would be the hologram tour, when it's a ghostly simulacrum of the artist as was that is wheeled out to "tread the boards"

But it's not too hard to imagine that digital technology could soon be capable of turning an artist's whole being - the sound, the look, the mannerisms, even creative reflexes - into an immortal brand that carries on long after the artist's death, perhaps even creating and performing new songs. Generating a revenue stream for the estate on top of the publishing, recording, etc monies. T

You could imagine that being done fairly easily with an actor, or a singer...  motion-capturing all the facial expressions and vocal / conversational tics - and then perhaps pasting that stuff on top of a body double in the filming situation, or simply generating it artificially for recordings.

The creative part - and the side that can do interviews or on-stage spontaneous banter, or collaborate with other musicians, jamming onstage with them or writing songs  - that might be a little harder. But given how fast technology has advanced, it's fairly likely that within our lifetime we'll see technology that can capture the soul-signature of an artist's identity and turn it into generative software.

A new way that the dead can tyrannise the living, the old dominate the young.

ArchivFieber, slight return - "The Remarkable Story of a Woman Who Preserved Over 30 Years of TV History"

"About 71,000 VHS and BETAMAX cassettes are sitting in boxes, stacked 50-to-a-pallet in the Internet Archive’s physical storage facility in Richmond, California, waiting to be digitized. The tapes are not in chronological order, or really any order at all. They got a little jumbled as they were transferred. First recorded in Marion Stokes’s home in the Barclay Condominiums in Rittenhouse Square in Philadelphia, the tapes had been distributed among nine additional apartments she purchased solely for storage purposes during her life. Later, they passed on to her children, into storage, and finally to the California-based archive. Although no one knew it at the time, the recordings Stokes made from 1975 until her death in 2012 are the only comprehensive collection preserving this period in television media history.

"In 1975, Stokes got a Betamax magnetic videotape recorder and began recording bits of sitcoms, science documentaries, and political news coverage. From the outset of the Iran Hostage Crisis on November 4, 1979, “she hit record and she never stopped,” said her son Michael Metelits in Recorder: The Marion Stokes Project, a newly released documentary about his mother and the archival project that became her life’s work."

"Stokes was no stranger to television and its role in molding public opinion. An activist archivist, she had been a librarian with the Free Library of Philadelphia for nearly 20 years before being fired in the early 1960s, likely for her work as a Communist party organizer...."

"Roger Macdonald, director of the television archives at the Internet Archive....   recalls asking [Michael] Metelits, “How could you physically manage taping all this stuff? And he said, ‘Well, we’d be out at dinner and we’d have to rush home to swap tapes’ … that was one of the cycles of their lives, tape swapping.”

"In addition to her son Michael and her husband, Stokes’s nurse, secretary, driver, and step-children were enlisted to assist in her around-the-clock task of capturing every moment on television....

"Now, Stokes’s work will be made publicly available on the Internet Archives, bit by bit, offering everyone the opportunity to examine history..."

Calling Borges, or do I mean Benjamin....
Posted by SIMON REYNOLDS at 5:11 PM No comments: