The Guardian on "the caliphate revival"

atavistic transpolitical theocratic state, using YouTube and Twitter (#CaliphateRestored) as well as faith and force to establish its dominion
Posted by SIMON REYNOLDS at 1:15 PM No comments:

In the post on Cutiestalgia, I forgot to mention one of the most relevant examples: the 3-CD expanded reissue of C86.

This idea of improving C86 by enlarging it, making it go on for longer...  doesn't compute with me, I'm afraid.

At Wondering Sound, a C86 oral history involving key participants and fellow-travelers of the shambling era.

Coincidentally, I've recently had two separate requests to participate in Stump retrospectives (an article and a radio documentary) on account of the reissue of their oeuvre by Cherry Red (also responsible for the C86 inflation).


Three things I wrote on Stump back in the day...
Posted by SIMON REYNOLDS at 7:17 AM No comments:

#1/  the first episode of Trunk TV: Title Sequences was a splendorific feat of cultural archaeology by Jonny Trunk, compiling intro sequences from British TV both visually and sonically stunning. Sadly it got taken down for its copyright material, so hasten to grab Episode 2.

2/ probably the favourite things I've listened to this year, although the first selection was done four years ago, and the material itself is from the Eighties: Fairlights, Mallets and Bamboo- Fourth-world Japan, years 1980-1986, and Fairlights, Mallets and Bamboo Vol.2.  Hosted by Root Blog, compiled by Portland musician Spencer Doran, these sift superbly through what must be a vast hinterland of  post-Sakomoto/Hosono neo-geo ambient-tinged unclassifiableness. ("Prologue for Post-Modern Music" is one of the records excerpted).  Names like Yasuaki Shimizu,  Geinoh Yamashirogumi , Masahide Sakuma, Takashi Kokubo, Ichiko Hashimoto, Testpattern, D Day, Joe Hisaishi, Yoichiro Yoshikawa, Chakra, Koharu Kisaragi, Eitetsu Hayashi,  Mu Projekt...  Apart from the ex- YMO bods the only ones in the tracklists I recognise at all are Seigen Ono, After Dinner and Phew.  A Woebot-level undertaking of exploration, discovery and sharing of treasures.
Posted by SIMON REYNOLDS at 5:51 PM 2 comments:

the illogic of vinyl

Two takes on the irrationality of fetishising vinyl:

This bit in Horning = moi aussi :

"If I wanted to shop in a market that I knew in advance would have what I want, I would go on to Amazon, or to Spotify. But I started to buy vinyl again not for the records so much as for the intermittent rewards. Going to a used record store not knowing what I will find allows me to go in not knowing for sure even what I want — and this expands my capacity for desiring things. It re-enchants consumption for me, for better or worse. I have a list in my head of records I hope to come across some day, but since I can download all this music to actually listen to it, I am more invested in the quest itself than its completion. It keeps me flipping through crates, looking for a lottery-like payout."


"I find that I yearn for pleasure in pure ownership because I don’t have time for use value.  I don’t have any time to play the records I already own. In fact, I resumed buying vinyl a few years ago, before I even had a working turntable. I started to assemble a collection for the sake of the act of collecting, because I was overwhelmed by music online but still wanted to maintain a strong affective bond to it. Keeping buying and enjoying linked in my mind was the only way I could think to do it."

Except for the not owning a turntable part. I never stopped having one or using it. But the amount of use the machine gets is way out of wack with the accrual of "new" (newly acquired but nearly always old records*) which just keep piling up and lying there, these reproachfully wide stacks of untouched vinyl.

In practice the bulk of my listening is at this computer (evaluative, keeping-up,
genrescape-monitoring, or specific piece-of-writing related). Or it's CDs played on the big system or the kitchen boombox, purely for relaxation and pleasure.

* new vinyl, meaning new music on vinyl, has almost-zero fetish appeal to me. Not sure why. Much rather have it on CD, unless the packaging is spectacular. Same goes for new reissues of super-rare/never-before-released etc. But that's from hearing the same dirty secret of the reissue industry that Oliver references in his post, and from the same person, Andy Zax, i.e. most vinyl reissues are sourced in non-analogue, quite often from an earlier CD release - the master tapes having gone missing, or it being cost-ineffective with such small-runs to go to the bother of tracking them down, fixing them up, etc.


Column by Richard Thomas at The Wire online about being unsatisfied by the "the consumer feeding frenzies unleashed by music festival programmers out to fill every seat at the table":

"The[se festivals] are predicated upon the concept of the cornucopia: an eclectic assortment of artists all in one place over one weekend....  There is no concept other than a supermarket-like offering: lots of popular products in one space.... These festivals... act as trusted cultural aggregators for fans happy to be treated as herd-like consumers getting everything on a plate in an all you can eat buffet of nothing."

"All you can eat buffet of nothing" - sentennnnnnnnnce!

And lots more acerbic thoughts and phrasings in here (although not everyone would agree, indeed one hostile commenter calls it "a shocking hamfisted screed"! and most of those who saw fit to comment disagree with Thomas's contentions)

Such as "NCP: No Concept Programming"


"NCP abstracts artists from any meaningful context, allowing weak or even false continuities to be established.... NCP is a cultural open prison where a false sense of unencumbered liberty is cultivated merely by dissolving the immediate signifiers of incarceration. Recently, a friend quipped that All Tomorrow's Parties reminded him of an internment camp with chalets and bands. That stretches the ATP experience into an undeservedly dark realm but one gets the idea: art and participation in art is contained and constrained by curators and organisations who profess the very opposite. To me it is clear these culture managers have swallowed the capitalist logic that true freedom can only be found in consumerism, and that one finds oneself by losing oneself in an abundance of false choices. The eclecticism and freedom that NCP attempts to evoke is a mirage that obscures the barren reality that it is homogenising, sanitised, commodified and all about profit maximisation..."
.
Posted by SIMON REYNOLDS at 11:41 AM No comments: 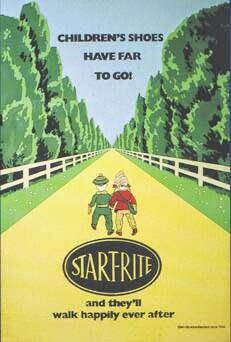 something in the air....

exhibit 1: Mark Spitz's new book Twee: The Gentle Revolution in Music, Books, Television, Fashion, and Film - an archaeology of the cult of innocence, whimsy and the DIY-handcrafty-Etsy aesthetic as it's spread from indie music and zine culture into the mainstream. Check the interview with Spitz at Largehearted Boy

exhibit 3: I was recently interviewed for a book on Sarah Records that Michael White's doing for Bloomsbury.  As a representative of the anti-Sarah view generally prevalent at Melody Maker, naturally.

exhibit 4:  Neil Taylor, one of the people who covered the shambling beat for NME at the time and co-compiled the C86 cassette,  is using Kickstarter to fund C86 & All That: Indie 1983-86 - A History. 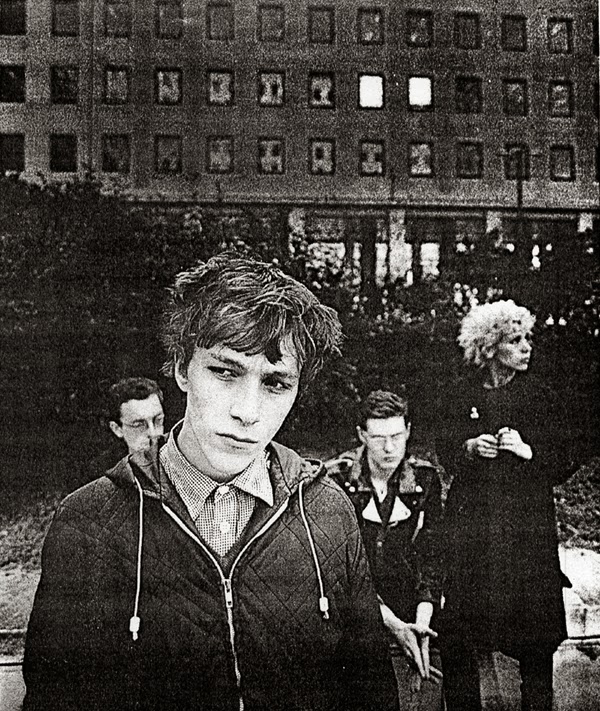 Where was I in '86? Writing about it in MM,  of course. Quite enthused by the spirit and the subcultural trappings but rather more guarded about the music, most of which was fairly flimsy.

One of these days I will get around to scanning + posting the Cutie Fashion piece I did for MM in late 1986 -- second installment of a (unintentional) three-part series that began with "Younger Than Yesterday" and finished with this January 1987 piece on Fanzines.  (Although maybe it was a four-parter: my ambivalence about cutie/shambling as music finally switching to outright repudiation with the "Regressive Rock" piece later in '87).

Here also is something I wrote  eight years ago about an earlier wave of cutie-stalgia, the 20th Anniversary of C86.

(Alert readers will notice that I recycled the intro para of this piece for the intro of Retromania. Or was it that I used the opening para of my book proposal, then a work-in-progress, in the Time Out piece? I can't remember the sequence of events. Either way, thrifty fellow that Reynolds.) 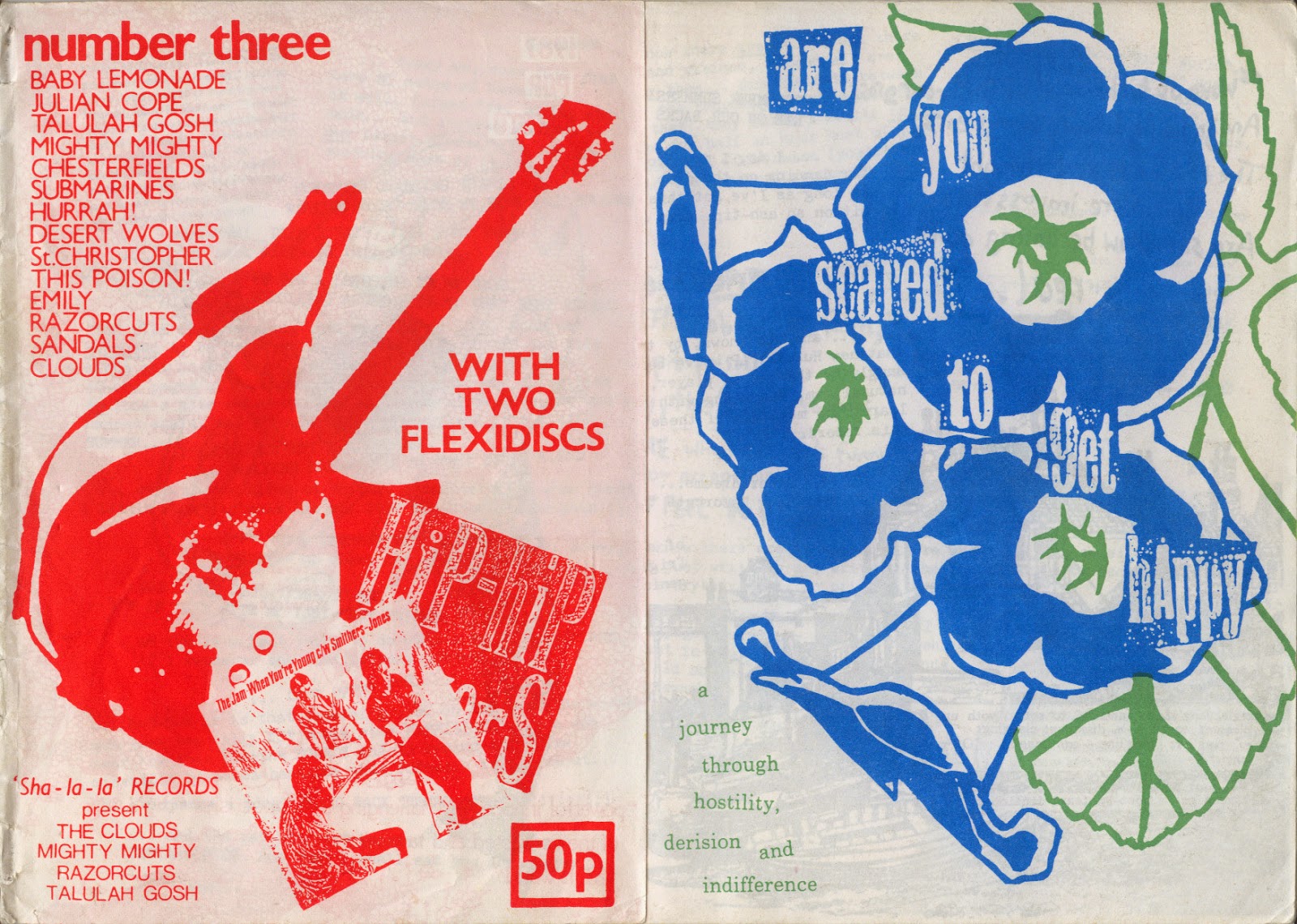 And here's something I wrote for Uncut on Orange Juice, who did the whole "worldliness must keep apart from me" thing first and best. 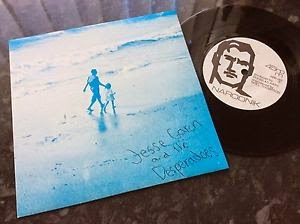 Posted by SIMON REYNOLDS at 11:03 AM No comments: