Often when a recording artist reaches that point where it feels fitting to release a
best-of / greatest-hits -  or a career-spanning commemorative archival anthology -  it seems to signal  (or even, in some obscure fashion, precipitate) the end of their musical journey. A silence ensues. Perhaps followed, after a long interval, by a wan comeback. Perhaps followed by nothing at all.


In Mr. Hodgson's case, he has not only returned punctually, at his usual time of year, but he has come back stronger than ever, with a triple-dollop of some of Moon Wiring Club's best work yet: the double-CD Tantalising Mews and the vinyl long-player Cateared Chocolatiers. 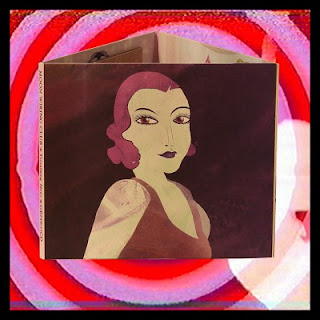 Noteworthy is the attractive new-look packaging for Tantalising Mews: a cardboard gatefold, with no information on the front, back or inside (indeed the release only identifies itself on the spine). 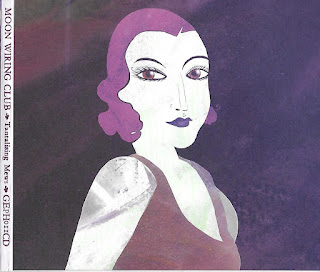 In a pouch lurks a fold-out insert that supplies the titles of the thirty-three  - thirty-three! - tracks on the pair of discs, and hints at the narrative framework that links them: "wireless telegraphy - from the immaculate ghost of an identical ancestor".  Perhaps informed here by the analogy that 19th Century spiritualists saw between remote communication with the dead and the recently invented telegraph? 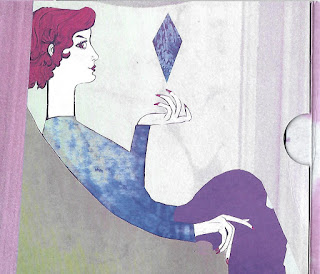 Cateared Chocolatiers contains - in the form of a brightly coloured fold-out poster -  the board to a game that involves "a journey through a rococo town of rolled-up carpets and crumbling toffee buildings in order to catch a train from a weird rural station you know you’re going to miss." The boardgame can be played by following the rules printed on one side of the disc's intricately illustrated dust jacket and by consulting the cast of characters arrayed and described on the other side. 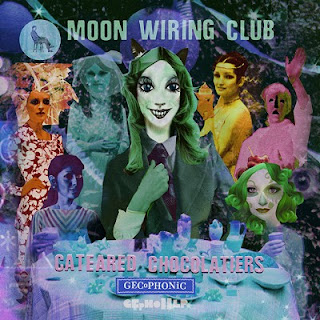 Noteworthy also: the sounds.  "Ghostly drifting molten landscape musicke" is how Blank Workshop characterise the contents of Chocolatiers.  And indeed that album especially, but all three of the discs,  push the ambient-leaning tendencies in previous Moon Wiring Club music to a new extreme of ectoplasmic exquisiteness and sickly malaise.  Beats, barely mustering the will to manifest, are decrepit and ineffectual entitities, rarely cohering into a pulse, let alone a groove. Voices droop and decompose, releasing vapours that fog the brain and obnubilate concentration. The mind wanders into mist-shrouded, boggy terrain, mistakes marshy phosphors for beacons, gets lost, founders.

It's a true return to formlessness.


You can place advance orders for this Christmas hamper bulging with sticky delight here and here. 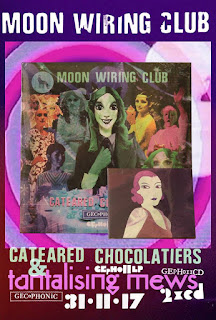 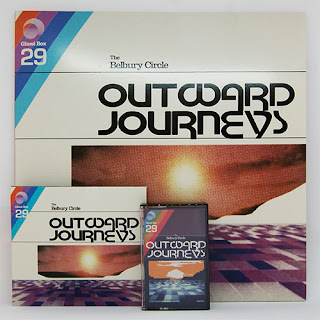 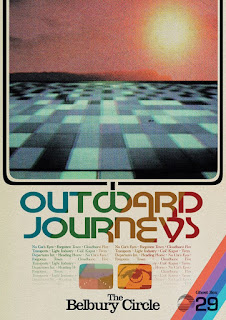