further to the previous post and idea of Z**mby as pasticheur and perfectionist craftsman:


"Is new music possible? Maybe... but probably not. I do feel at this point that we have some nearly original music – especially viscerally new, of course – but in compositional terms, most constellations have been charted and explored. But you can work complexity into a sleek nothingness, which becomes a new refinement, critically of parts composed. My music is digital prose. I like to sketch outlines sometimes, and sometimes I’ll fill them in" -  Z**mby, interviewed at Dazed Digital

at Tiny Mix Tapes, meanwhile, Nick Henderson argues (using quotes and observed details from the Dazed Digital interview), that the problem with Z-man's formally exquisite takes on hardcore/dubstep/eski/jungle/drill/trap/etc is that there is nothing behind them -  they are disconnected from the matrix of social energy that originally brought those forms into existence

"The idea of an undeniably perfect aesthetic that is capable of erasing or obscuring the context it arose out of frankly strikes me as, well, really fucking dangerous. Context is always oppressive because of the way it binds art to the material conditions that surround it, but without it, aesthetics would have nothing to transcend and would lose their significance entirely. Reality is violent, and context is the symbolic intrusion of reality into art...  With Love is anxious about its own existence and paranoid over its own deniability, the possibility that there might be a splinter of the underground somewhere out there that its sleek algorithm has failed to integrate....   [He] navigates the rhythms and frequencies of the underground with all the intelligence, precision, and tenderness of a brain surgeon. This preoccupation with transcendence via flawlessness ultimately renders With Love an utterly loveless affair, the soundtrack to an infinitely-extending gallery of gleaming white rooms filled with slightly varying riffs on nothingness".

Bit harsh, maybe, but definitely grain of truth, and wider applications beyond this specific artist.

Andrew Gareig has a warmer appraisal of With Love in Pitchfork: nutshell of the verdict is "less a homage to the past than an intensification of it"

Apparently Z-man is going to release Where Were You In '92 Part 2 later this year, or so I heard

"Is new music possible?". Well if one concentrated all one's energy on trying to make something new, rather than dissipating one's undeniable gifts on pasticherie...

Posted by SIMON REYNOLDS at 10:22 AM No comments:

The Danger Of Being Retro: Revivalism In Dance Music - feature at Attack Magazine


Posted by SIMON REYNOLDS at 4:51 PM No comments:

"The mix was of a genre that Stan was calling Weird Big Beat... He is still half listening to it, staring out of the window, his mind drifting when Joolzy gets on at Dartford and comes striding up the aisle toward him. Graeme pulls his earphones out to greet him....   For half an hour or so they settle back into their own worlds, half private, half public, their interfaced bubble, fiddling with their phones. checking streams and feeds, messages, making sporadic conversation around clicks and scrolls, screen taps, downloads, games, showing each other photos"

from Carl Neville aka The Impostume's new novel-in-progress Resolution Way, the first instalment of which is here and the second instalment (where the quote above comes from) is here

It reads to me as a welcome resurrection of the lost tradition of science fiction as the near-future (very-near-future, in this case) imagined through extrapolation of current trends...  s.f. as politically trenchant satire of the present (which can include left-wing critiques, e.g. The Space Merchants and right-wing critiques, e.g. 1985)

indeed that passage above is not satirically magnified or extrapolated so much as simply a supersharp description of the now... 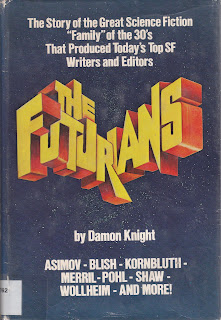 Posted by SIMON REYNOLDS at 11:19 AM No comments:

"If there’s an ongoing theme in Boards of Canada’s music over the years, it’s a celebration of the beauty of imperfection, of slow deterioration. The concept of capturing a bygone moment and holding it in your hand as it slowly dissolves is central to Boards’ aesthetic... True to form, the melancholy closing track... “Semena Mertvykh” (in Russian, the title apparently translates to “seeds of the dead”), was “performed into a dissected VHS deck with the motor running super slowly, so you can hear all the pockmarks, the dropouts in the tape,” according to a recent New York Times interview. (Eoin also noted with pride that the track was recorded in mono.)...  “Everything we use is decrepit,” Sandison said in a recent interview with the Guardian)....


"...  Boards of Canada always sounds like Boards of Canada.... As unrelentingly dark as most of Tomorrow’s Harvest is, there are moments where it’s hard not to smile. In “Palace Posy,” the mood steadily grows warmer, culminating in a cut-up vocal sample that sounds like it could have been ripped out of 1998’s Music Has A Right To Children. Boards of Canada—they’re just so … themselves."

Of course, a not-as-nice way of saying this is "self-parody"....

Email ThisBlogThis!Share to TwitterShare to FacebookShare to Pinterest
Labels: BOARDS OF CANADA


Communique from Paul Colilli, a founding member of Simply Saucer, about his new solo album Hieroglyphs of the Soul


"This new record comes out at a moment when there is a fascination with the end of times. This collection of music imagines what will happen between now and the final consumption of all things. Not zombies, vampires or apocalyptic visions of the cyber imagination. Rather, the music paints sonic portraits of the undecipherable signs that have surfaced on the material soul of the world. “Hieroglyphs of the Soul” is a journey into a future that is saturated with the past."

Elaboration from Paul,  nowadays a university professor teaching and writing on Medieval and Renaissance literature and philosophy:

"As I see it, our obsession with the past could be a symptom of a phase of senility our culture is experiencing. Or, if we intersect it with technological progress which is unable to look backwards, we are then experiencing a schizophrenic phase, like Nietzsche's minotaur, torn between two species. But if Carl Schmitt and Walter Benjamin are correct the the issue of retromania interfaces with a secularized political theology, where modern governmentality and culture in general are founded on the ruins of the ancient theological tradition. There is just no way to transcend the past.

"...In fact, my my own music, including "Hieroglyphs of the Soul", is informed by an unredeemable discomfort  provoked by the survival of the past".

On the album, "What's New, Vegetable Man", is addressed to Syd Barrett, but also references Nietzche's "without music, life would be a mistake", changed here to "a world without music is a mistake"

"where are you now, Vegetable Man?
in someone's book about you?"


Simply Saucer, a band often described as an ahead of their time  proto-punk outfit

Yet the original line-up with Paul C was "a six-piece, largely improvisational, outfit" and the name was a tribute to A Saucerful of Secrets.  So were they protopunk or late psychedelia?

Reminded me of the story I once heard that originally there was an idea of getting Syd Barrett to produce the debut Sex Pistols album...

Here's the video for a "The Soft Ethic" off Hieroglyphs

And here's a video of a mate of Paul's, Edgar Breau

Posted by SIMON REYNOLDS at 2:00 PM No comments:

(further to the 'why he no longer gives away' post)

The value of scarcity is that scarcity creates value.

That applies whether it's a limited edition print or a performance that only a certain number of people can get to attend.

It applies to the lifespan of an individual -  biological time being a limited resource.

But even when there is a potentially unlimited number of copies available -- a priced musical recording, or a book, etc, that goes into reprint - the scarcity-value is still created, it's just that it forms in relation to the scarcity of your economic resources, your spending power.

(People who don't  have those limits on their spending power quickly discover that value becomes voided -  viz, Citizen Kane / William Randolph Hearst, buying up all those treasures and art works and antiques from Europe, getting them shipped over in giant crates, never opening them up or enjoying them.

(A smaller version of that devaluation is what happens to people who get stuff for free through their occupation. e.g. book critics, music critics, any kind of critic, or deejays. In this case acquisition of cultural goods is uncoupled completely from financial considerations;  the problem then becomes the economy of time, of attention, of libidinal-cathectic investment).

Now there might be other ways of creating value, but simply removing an existing apparatus of value wholesale and hoping for the best, well it's not really worked out with music...

The other problem with the internet and digital-facilitated consumer conveniences (Tivo, Netflix, etc) needs a snappy or simply-understood term like "scarcity" but I'm struggling to come up with one...    it's to do with time not as quantity (how much is at your disposal) but to do with time as event... the flexibilisation of time...  I guess this is what academics are talking about when they go on about "just in time" work patterns?   Basically the freedom of watching programmes at your convenience is the leisure realm equivalent of this parcelling of time, breaking it down into smaller units (watch half a programme here, catch the rest another day) or alternately binging (watching an entire season in a 'run', like the series addicts satirised in that great Portlandia skit).

Here what's weakened is not value per se, but the kinds of intensification caused by synchronised collective focus.

There are still some shows like this - the latest episode of Mad Men, Game of Thrones - and in fact with these the sense of collective focus is enhanced by real-time tweeting, incredibly detailed  recaps and fan-critical scrutiny (aided by tools to exegesis like replayability, google etc)

(Still some records like this... Daft Punk, m b v, David Bowie, Vampire to a degree)

But increasingly new releases or new shows have to compete against the entropic pull of atemporality: the availability of deep catalogue and "fairly recent"  (six months to a year), the enticements of YouTube, the cheaply knocked out niche audience targeted archival-TV DVD, etc

This kind of converged shared focus and event-based punctuality could be called "synchronic value" or "collective value" - the sense of oneself as part of an audience, as existing in a Time or Era
Posted by SIMON REYNOLDS at 2:00 PM No comments:

Email ThisBlogThis!Share to TwitterShare to FacebookShare to Pinterest
nowtro


check out also "Trois Visage" here
Posted by SIMON REYNOLDS at 12:36 AM No comments: