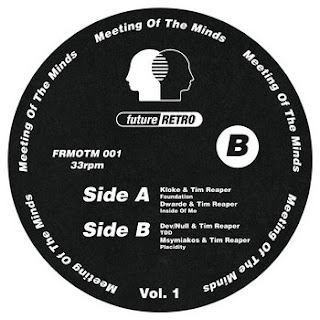 In the interview, Gabriel Szatan asks Reaper about a collaborative project called Meeting of the Minds and his busy year accepting invites to do remixes and generally churning tuneage out.  It all sounds pretty good to my ears, it's certainly managed to get that vintage sound down pat, and  I'm the kind of nostalgic ardkore-codger it would appeal to. But then this bit snaggled my ingrained if dormant futurist reflexes:

"With the history of hardcore, jungle and drum & bass at his fingertips, each stage of Reaper’s musical evolution is like an adjustment of the depth field on a microscope; little tweaks bringing him ever-closer to clarity.

'Each time I find a label or an artist that I’m unfamiliar with,' he explains, 'I’m digging deep on them — frantically. That’s what it’s all about. You listen to every single tune within a catalogue, mark your favourites, and move onto the next: building, building, building to retain that knowledge in your head and carry it with you in the form of selection.'"

Well and good, but this is obviously the exact opposite of the approach of the producers in the original era  - they didn't study canonical blueprints, there weren't any blueprints to study - just raw materials, disparate scraps of stolen stuff. They were making it up as they went along...

"A few years into his development, Reaper realised he had been subconsciously neglecting anything prior to jungle’s inception. Once he began seeking out cuts from ’91 and ’92, his technique made a dramatic leap forward. Even to jungle-attuned ears, people struggle for terminology when describing his style: it’s intelligent and darkside and roughneck and 4x4 and atmospheric and Photek and Bizzy B and DJ SS and Smooth But Hazzardous all at once. This era-switching is the point, Reaper says. “I mean, if I didn’t bounce between it all, I think I’d get pretty bored? I want people to not be able to fully predict what they’re going to hear.”

But anyone with any passing knowledge of the era will be able to predict - or at least instantly recognise - anything that is presented to the ears, whether it's a 91-flava or a 94-trait that's being supposedly surprisingly welded together.

"and although he leans toward a certain vintage, there’s been progress along the way"

I don't know what this could possibly mean. Unless "progress" here signifies simply an improvement in craftsmanship, in technical prowess in the precise reproduction of period sounds.

I guess the White Stripes-ification of rave was always bound to happen....    and in fact has been happening over and over, for a period of time (20 years!) that's about five times longer than the original heyday it's fixated on (91-92-93-94)

Talking of which, paralleling Jack White's gigantic reissues, look and gasp at the girth of this box (and look out for a review by me of in a future-retro issue of the Wire). 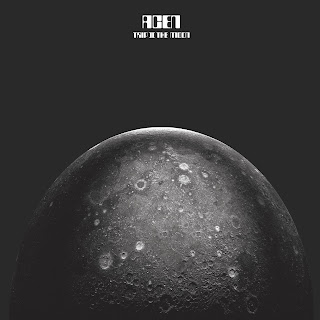 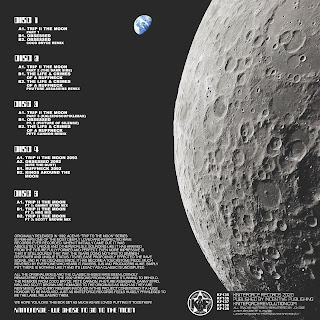 Posted by SIMON REYNOLDS at 6:56 PM