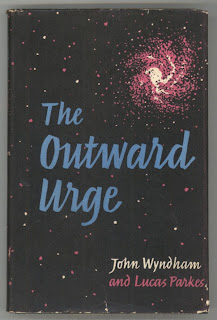 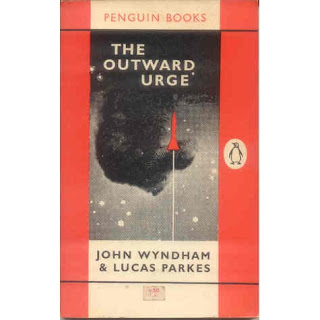 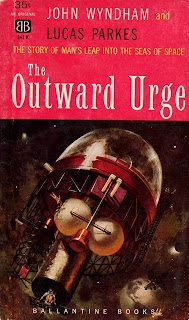 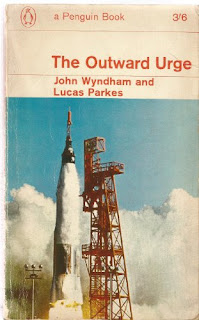 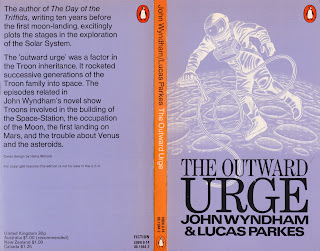 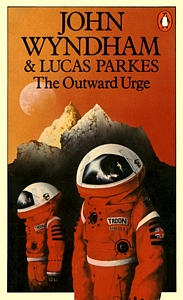 Thought I had read everything by John Wyndham, but I have no recollection of this one at all: The Outward Urge, published in 1959.

[from wiki] It is a future history, set from 1994 to 2194. It tells the story, with chapters at 50-year intervals, of the exploration of the solar system, with space stations in Earth orbit, then moon bases, and landings on Mars in 2094, Venus in 2144, and the asteroids. This is told through the Troon family, several members of which play an important part in the exploration of space, since they all feel "the outward urge", the desire to travel further into space. They all "hear the thin gnat-voices cry, star to faint star across the sky", a quote from The Jolly Company by Rupert Brooke.[2]

In 1994 "Ticker" Troon is killed foiling a Soviet missile attack on a British space station, and is later awarded a posthumous Victoria Cross.

In 2044 a major nuclear war between the USSR and the West wipes out most of the Northern Hemisphere. Inhabitants of the Southern Hemisphere — virtually the only survivors of humanity — call it "The Great Northern War", the far earlier war of the same name seeming very minor in comparison. Only after hundreds of years, with radioactivity going down, do expeditions from the south start carefully exploring and preparing to re-colonise the ravaged northern hemisphere.

Brazil is left as the main world power, which then claims that "Space is a province of Brazil". However Australia eventually emerges as a serious rival. Consequently, English and Portuguese become contenders for the position of the major world-wide (eventually, Solar System wide) language.

Eventually, space explorers break away from the tutelage of both earthbound powers and establish themselves as a major third power, called simply "Space"; the Troon Family plays a major role in this as in many other events."

Swiftly overtaken by events, of course... and interesting how one of the later Penguin covers depicts a naturalistic rendering (or is it actually a photograph?) of a rocket taking off from Cape Canavarel, unlike the more abstract or future-fantastic earlier covers.


Fun fact -- "Lucas Parkes" was one of Wyndham's alter-egos, so this is a collaboration with himself.

Hugely popular and widely read in his day, with Day of the Triffids and Midwich Cuckoos both made into successful movies (the latter as Village of the Damned), John Wyndham is a bit forgotten now -  he never had the cool or cachet of your Ballards or P K Dicks or Moorcocks, being an older era figure with no bohemian or countercultural affiliations, a sort of bridge perhaps between H.G. Wells and the New Worlds lot. (Never realised that he died in 1969, i.e. several years before I picked up Triffids and The Kraken Wakes.). But under-rated, I think. I really like the cold, dour Britishness of his novels and short stories and recall Midwich Cuckoos and, especially, The Chrysalids as particularly powerful and chilling.  The latter would make for a good movie, I reckon.

Posted by SIMON REYNOLDS at 7:41 AM