Posted by SIMON REYNOLDS at 8:46 PM No comments: 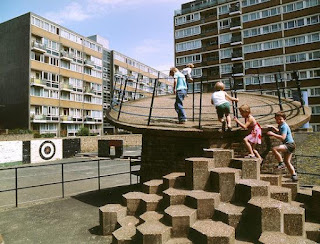 Quietus article on Brutalist Playgrounds and an exhibition titled The Brutalist Playground set up by "architectural collective ASSEMBLE" in collaboration with artist Simon Terrill, now opened at Park Hill’s Scottish Queen "after a run at RIBA HQ in London" 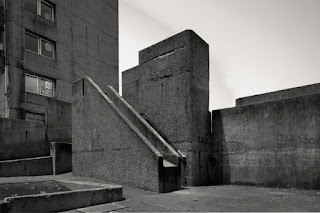 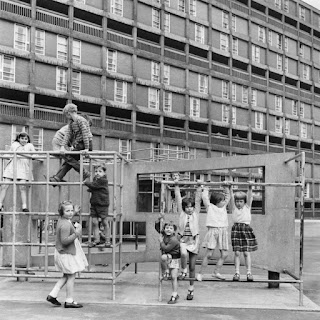 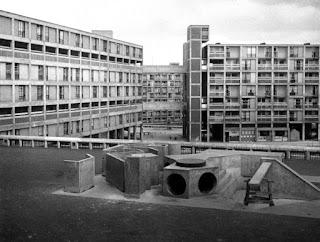 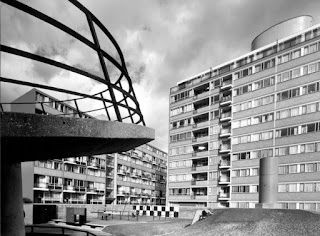 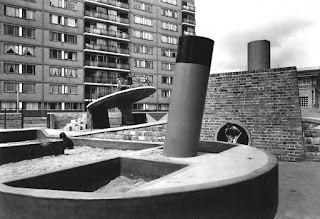 These images reminded me of one of the most dour and drear looking brutalist edifices I ever came across - the Frank Barnes School for Deaf Children in Swiss Cottage   - right near the Marriott where we stayed a few times.  It seemed to suck the light out of the air, no matter what the weather or sunshine levels were like.

These pictures does not really do  justice to its squat, dismal quality... 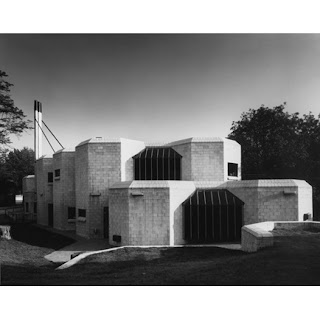 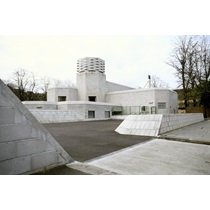 ... and there aren't any others on the internet because, well, why would anyone take a picture of it?

Also it was flattened in 2007 to make for a new secondary school.

Passing it I would always think, these kids are deaf, so why also deprive their eyes of beauty?


Also in the Quietus, another Brutalist appreciation - this time of the Sound Mirrors of the Kent Coast. 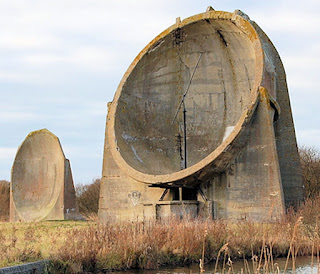 Posted by SIMON REYNOLDS at 9:59 AM No comments: 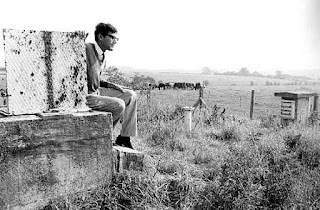 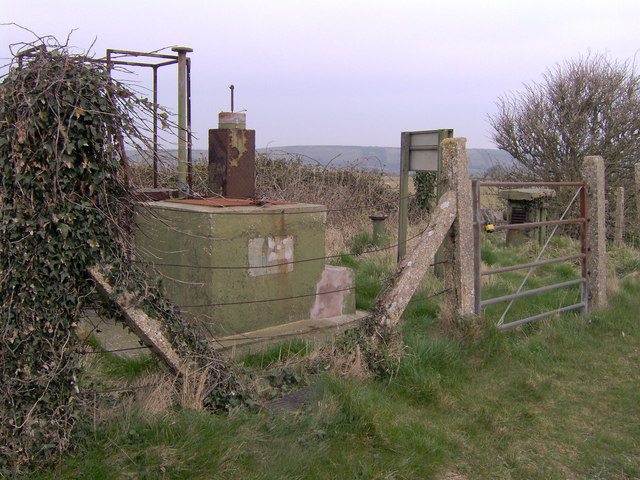 Recalling a visit to a People's Assembly rally in 2015, he notes that "there is always a whiff of obsolescence about proceedings. It is invariably the same people making the same speeches to a familiar crowd. The audience will be fired up with talk of Chartists, Cable Street and the 'rank and file'..."

"One of the biggest events like this is the Durham Miners' Gala, held annually during the second weekend of July. Now in its 132nd year, the gala is a carnival of nostalgia, featuring a huge march with brass bands and an assortment of magnificent red and gold banners. The march, which can still attract as many as 100,000 people, finishes at Durham's old racecourse, where rousing political speeches are delivered to the assembled crowd of former miners, local people and left-wing activists of all ages. The gala grew out of trade unionism and Britain's position as a major coal-producing nation on the back of the industrial revolution."

But "with the virtual disappearance of the collieries the gala functions today as something like a historical re-enactment society. And there is nothing necessarily wrong with that. The memory of something better – or to be more precise, the memory that better things had to be fought for by workers through trade unionism and struggle – is one that is well worth preserving."

"But when the past becomes an obsession it can act as a dead weight on meaningful action in the present. This was strikingly apparent at the Durham Miners' Gala this weekend, where it became clear that for those running British trade unions performative leftism has well and truly trumped any desire to improve the life chances of Britain's new working class.... the glowing reception offered to Labour leader Jeremy Corbyn by the Gala – and the corresponding message sent to anti-Corbyn MPs that they were 'not welcome' – ought to set alarm bells ringing. No serious person believes that Jeremy Corbyn can win a General Election; yet the old men at the top of British trade union movement continue to back a useless leader because he plays a nostalgic tune that they and a dwindling number of their comrades recognise....

"At the Durham Miners' Gala this weekend, as at so many left-wing events these days, speakers took to the stage amidst the paraphernalia of an abstract idea of what being working class once was – collieries, brass bands and communist tents with portraits of Joseph Stalin... "

"When historians of the future document Britain's decline, they will invariably seek askance at the call centres and distribution sheds which dot the landscape of once proud working class communities and wonder what on earth happened to the unions. If they look a little closer they will find that sloganeering and historical re-enactment ultimately replaced genuine solidarity with the poor. 'The Beatles aren't coming back,' someone once joked, 'and so people make do with Oasis'. The socialism of the 20th century is dead and so comrade Jeremy Corbyn's worthless tribute act rolls on."

You know, I remember feeling like this a bit in 1985 - when I went to some kind of outdoor fair  in Oxford on behalf of the miners. That there was a lot of old banners and ceremonial paraphernalia harking back to the storied glory of the early unions and friendly societies...   such that the whole thing felt a bit like a traction engine rally.

And Eagle & Crew are worse -  not a Beatles remake, but a tribute act to Britpop (Blair triangulation -  but without even the media-savvy slickness and presentational / public relations skills...)

Posted by SIMON REYNOLDS at 2:41 PM No comments: