How come I missed this? Last year Paul Weller only went and wrote a new song superimposed over my equal-first favorite Belbury Poly tune, "The Willows" - with full permission from and a publishing split to Mr. Jupp. It appeared on his solo album of last year On Sunset.

Unfortunately, despite good intentions, the outcome is ghastly not ghostly.  A shame after the rather good Weller EP on Ghost Box. Somewhere between conception and execution, it went awry, to put it mildly.

Jon Dale pointed me to a flurry of new tracks from Position Normal, the first substantial activity since the third full-length, the self-titled album of 2009.

Initially I was somewhat thrown by the ultrapristine digital sound - so different from the age-faded analogue aesthetic of Stop Your Nonsense and Goodly Time, that worn cassette, fusty-musty aura that triggered the memoradelic regions of the brain....

But Matthew Ingram's instant enthusiasm made me return and he's right, it's totally got the old Chris Bailiff magic, which he's somehow soaked and stained through the software of now -  all the affordances in sound quality and tricksy detailing that come with it - so that the outcomes are still bent, creaky, haunty.

Matt has usefully corraled the tunes into a playlist

You can also check them out at Soundcloud - where there are also earlier tunes from 2 years, 4 years, even 7 years ago....  one is called "Sketch for Album 4"...  that phase of stuff is very ambient  and minimalist, far from song

In his recent Woebot newsletter (you can subscribe here) which bears the title "Lorra Music", Matt writes a lovely appreciation of Position Normal and the new batch o' tunes -  rightly highlighting "Book Looks" as a particular gem, with Chris Bailiff's voice gorgeously mushmumbled, the lyric evoking a man who loves the smell of his own house and the people in it  (ambiguously poised - is it a homebody hymn to the mammalian continuum and that primal snuggling drive to make a dwelling? Or a PiL's "No Birds Do Sing"-style barb against the Englishman's castle idea?).

"pn2021 is done with all the fuzzy analogue stylings and is clear like Listerine. That just makes the preciousness of the tip-toeing sonics more pronounced. Everything is painstakingly wonky and, such is Chris's laudable detachment, built on borrowed equipment. Just try making music as lopsided on today's DAWs - the time and care required to create this kind of spontaneity is mind-blowing."

One of the other tracks Matt singles out, "Lite Bites", seems to have already disappeared, mysteriously. As has one of my own faves from when I last looked - "Bondrun", which sneakily weaves in part of the theme tune to the '70s kids TV show How.  I wonder why - did Chris take fright, grow self-conscious at the sudden "upsurge" in interest?

At any rate, hasten ye to check the stuff out.

In the newsletter, which rounds up a bunch of interesting this-parish-and-adjacent releases, including an excellent cassette from Xylitol that I have been meaning to big up, Matt proposes - or rather seeps up from his unconscious  - a genre-not-genre term for this disparate field of low-key activity:

" I was amused when one came to me in a dream: krumble. Where in the nineties and onwards glitch once worked as a useful catchall - now this kind of music is not "futuristic" or in thrall to its digital nature, but rather organic and, like the fabric of western society, decaying. Decaying in a comely, small but rather delicious way..."

Matt also directs to an elegy (premature, it now seems) that he wrote for Position Normal earlier this very year, at Discogs...

"Properly divining that the true spirit of the most inventive dance tracks was DIY bedroom music they proceeded to make an eccentric and lo-fi music with rock's palate. Not for Chris Bailiff the sheen and gloss of Seefeel, Tortoise and Broadcast. Bailiff was a fan of Ralph Records' weirdo Snakefinger (a UK expat) and the waning format of the C90 cassette - but his sensibility was pure 1999. Only The Streets' Mike Skinner, a couple of years later in 2001, came as close to defining how it felt to be in the UK at the turn of the century - deconstructed and, if not homesick, timesick.

For all the patina of supposed amateurishness Position Normal's recordings have the exquisitely crafted soundscapes of productions thousands of times their budget. There's a sensitivity to sound here bred of "redeye" 4-in-the-morning sessions; of poring over nuances. All his records are masterpieces and blessed with a delightful tunefulness and charm which entirely escapes most of the desiccated Arts-Council-funded pabulum which clogs up the avant-garde mainstream. Buy."

Listening and pondering again the magic of Position Normal, I remembered two things:

1/ I have never heard the precursor-to-Poz stuff, by Bugger Sod. Anyone able to help a feller out?

2/ I have never ever interviewed Chris Bailiff, which seems a bit remiss, given that Stop Your Nonsense was my favorite album of 1999*, but perhaps reviewing it twice felt like enough at the time, and the opportunity never presented again. Perhaps if Album 4 becomes  more than a sketch, who knows...

* Funnily enough, with a number of artists whose albums were my ab fav of that particular year, I have never written anything substantial about them - not a feature, but sometimes not even a review. Rangers, Micachu and the Shapes, Metronomy, eMMplekz... Black Moth Super Rainbow just had a very short review ...  A strange state of affairs, really... But then perhaps I was busy doing a book, or maybe I was unconsciously driven to keep the pleasure of listening to them entirely separate from the drudgery of journalism... or even from having to try to come up with some kind of definitive set of ideas about why I liked it so much...

Posted by SIMON REYNOLDS at 9:02 PM No comments:

“Technologically impressive, hyper-digital spectacles that viewers admire purely because they are so unintelligible… Creators speed up, distort, saturate, stretch, or mutate these pieces of media to maximize the ludicrousness… What was once cringe has now become cool again."

Also contains a potted history of early stages of meme-faddery during the 21st Century so far, including Youtube poops and MLG montage parody.

Posted by SIMON REYNOLDS at 9:48 AM No comments:

Excerpt at Billboard from a new book about the Dap-Kings and Daptone Records. Intro snippet:

"It Ain't Retro: Daptone Records & The 21st-Century Soul Revolution...  tells the story of the iconic Daptone label, and the international revivalist funk/soul scene it helped inspire in the 2000s and beyond. Here, in a passage from the book, author Jessica Lipsky takes us through how the label's house band, the Dap-Kings, came to play on one of the most beloved albums of the 21st century -- Amy Winehouse's 2006 LP Back to Black -- and the impact, both good and bad, that the soul-pop set's success had on the Daptone family...."

The title invites rejoinders along the line of...

"You sure about that?"

"Pull the other one, mate!"

"If Dap-Kings ain't retro, then who, pray, qualifies?"

"Oh but it is, it most assuredly is"

Appearances can be deceiving but in this case... it is what is says on the tin 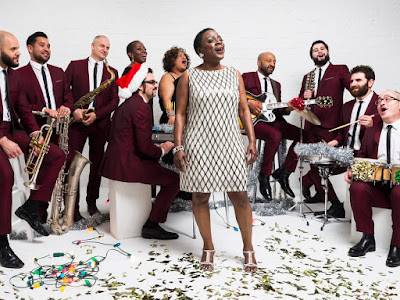 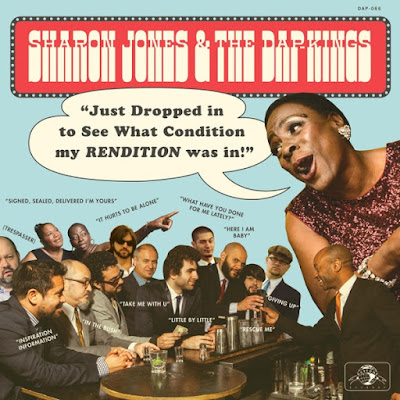 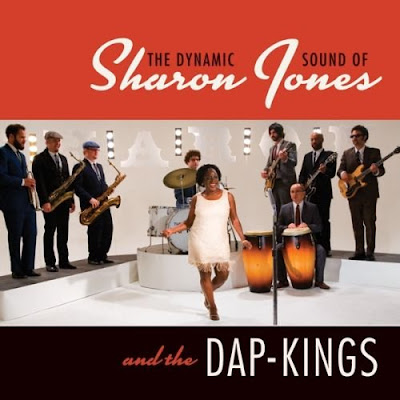 Posted by SIMON REYNOLDS at 10:34 AM No comments:

There had been a hologram that featured as part of tour by Dio's Disciples, comprised of former members of Dio's band.

But future plans are on hold, says Wendy Dio, because it's all a bit shonky as far as she's concerned.

"I just think that the fans would prefer to see Ronnie as being really Ronnie instead of a hologram."

So instead there's a new project "incorporating archival footage of her late husband into a concert setting... I'm working on some special effects of stuff with Ronnie. It's a film, of Ronnie, not a hologram..."

This sent me on a little journey with Ronnie, whose eminence in the metal canon somewhat mystifies me (the mystifyingly titled Holy Diver is considered Top 20 G.O.A.T apparently) (I have actually seen Dio live, when given the short-straw assignment of reviewing Castle Donington in '87).

During this brief research foray, I came across this too-good-to-be-true story - especially given that before fronting Rainbow and Sabbath, Dio had fronted the group Elf:

"In September 2003, he accidentally severed his thumb during a gardening accident when a heavy garden gnome fell onto it. Dio was concerned he would no longer be able to do his signature metal horns hand gesture, but a doctor managed to re-attach it."

Can it possibly be true?

Posted by SIMON REYNOLDS at 12:25 PM No comments: