I have that book at the start of the video!

Art and the Future! 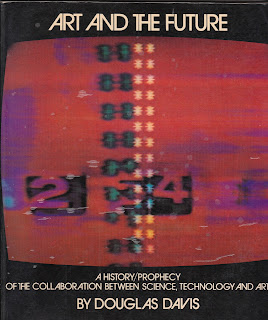 in fact i posted about it here before

as i noted before:

As the contents pages indicate: 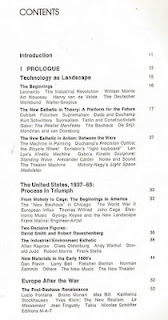 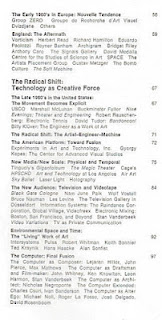 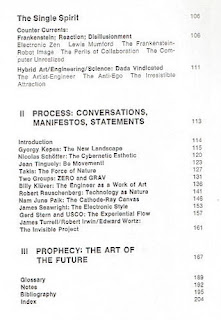 Like so many Zeitgeist-snapshot books (and there are loads of examples of this in terms of big-picture rock books - including a few of my own) it projects forward from what seem to be the most era-defining and progressive tendencies of the present (which by the time the book comes out is the immediate past). Except that by then, other and usually radically different tendencies have emerged. Art and the Future's "prophecy" doesn't envision things like body art, performance art, appropriation art, or indeed most of the major trends and directions that would transpire in the Seventies and thereafter.

But it's full of exciting photographs and reproductions of work by artists, mostly long forgotten, that impart a retro-future frisson - specimens of kinetic art, computer art, early video art, and some of the same people covered by the Ghosts in the Machine exhibition, such as Hans Haacke.  I've been meaning to scan some of them in here, but in the meantime, here's a few from the web.

This first one is from Art and the Future itself 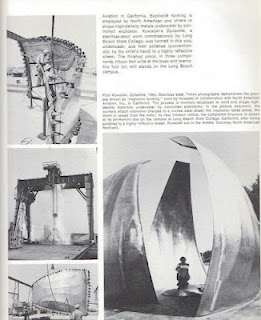