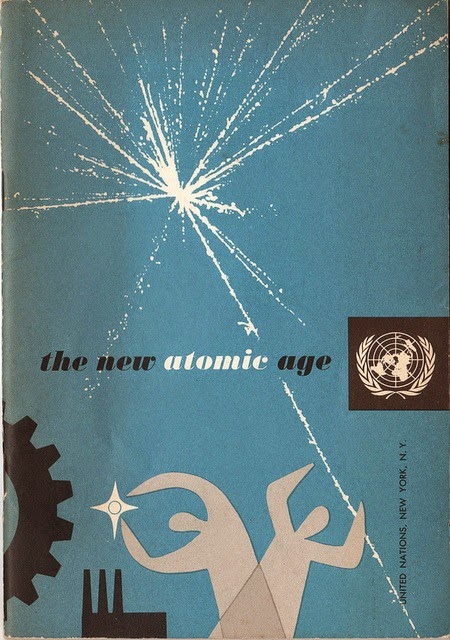 a piece by Kevin Drum about the final, long-awaited coming of nuclear fusion as a source of vast and "Clean, Green" power at Mother Jones, following the announcement by Lockheed that they'd made a breakthrough

Some historical theories relatethe confidence in progress and the rampant neophilia of the post-WW2 period, especially 50s and early 60s, to the economy-dynamizing effect of cheap energy, which resulting in full employment, bolshy unions, and a cash-empowered youth culture. A sort of delusory bubble of irrational exuberance that ended in the early Seventies with the oil crisis, and whose pricking was also connected to ecological worries about resources running out, pollution, overpopulation etc, the publication of The Limits to Growth, and various other cultural abreactions and backlashes that were mass symptoms of "future shock". Deceleration.
Question is, will a new era of cheap energy, this time with hardly any of the harmful effects of fossil fuels, spawn in a new period of full-tilt economic growth, a shift of power to organised labour and to young people, and bring with it spirit of future-focussed neophilia?
Cheap fusion energy also possibly under-writing a new Space Age with long-term colonies in space and on other bodies in the solar system, resource-extraction in the Asteroid Belt, etc
i.e. the Future my generation read about in s.f. in the Sixties and Seventies.
Possibly, although I wouldn't be surprised if Humanity finds a way to fuck it all up...
And besides, all this will only really kick off by the middle of this century by which time I'll either be dead or doddering 'n 'senile.

Posted by SIMON REYNOLDS at 1:04 PM