the language of new

I expect you've noticed that Greil Marcus * has a new book out.

I haven't got very far into The History of Rock 'n' Roll In Ten Songs - been dipping in and out (amazing bits on Beyonce, on Joy Division / Control / "Transmission"....)

One bit that particularly struck me, though, is the opening section, which is titled "A New Language". It addresses, and stresses, the sensation of out-of-nowhere that rock'n'roll transmitted -  what you might call a true illusion ....  in so far as it didn't come out of nowhere, of course... in dreary historical fact it had an extensive tangle of roots and precursors **...  but equally, if  perception and reception can be admitted as historical facts too (which they should, surely)....  if feeling and seeming makes it so....  then it did come out of nowhere.

"Whole intellectual industries are devoted to proving that there is nothing new under the sun, that everything comes from something else - and to such a degree that one can never tell when one thing turns into something else. But it is the moment when something appears as if out of nowhere, when a work of art carries within itself the thrill of invention, of discovery, that is worth listening for. It's that moment when a song or a performance is its own manifesto, issuing its own demands on life in its own, new language - which though the charge of novelty is its essence, is immediately grasped by any number of people who will swear they never heard anything like it before - that speaks. In rock'n'roll, this is a moment that, in historical time, is repeated again and again, until, as culture, it defines the art itself"

He returns to make the same point, more or less, a little later, talking about Maurice Williams and the Zodiacs's 1960 hit "Stay":

"... The record seemed to turn the radio upside down. It was the invention in the music that was so striking - the will to create what had never been heard before, through vocal tricks, rhythmic shifts, pieces of sound that didn't logically follow one from the other, that didn't make musical or even emotional sense when looked at as pieces, but as a whole spoke a new language....   The ear of the new audience was fickle, teenagers knowing nothing of where the music came from and caring less, and why should they care? It was new, it was different, and that was what they wanted: out of a nascent sense that the world in which their parents had come of age had changed or in some deeper, inexpressible manner disappeared, a sound that made the notion of a new life a fact, even if that fact lasted only a minute and a half. To make that fact - to catch that ear, to sell your record, to top the charts, if only in your dreams - you had to try something new. You had to find something new"


Reading this, I nodded inwardly. Even though I wasn't alive when rock'n'roll happened and by the time I became properly aware of pop music, somewhere between "All You Need Is Love" and "Hot Love",  50s r'n'r already seemed ancient, like it came from another era altogether - the only exceptions really being "Summertime Blues" and "Shaking All Over", played by Radio One as Golden Oldies but still seeming contemporary in their starkness. So much "new" had occurred in the subsequent decade or so, it made Elvis et al seem quaint. It shoved them back into  The Past.


Reading "A New Language", I was also reminded of something I'd realised only quite recently, which is that, strictly speaking, in demographic terms I'm a baby-boomer. I just make the tail end of the baby boom generation (its cut-off point is 1964).  (Marcus incidentally was born in 1945,  one year before the baby boom's official onset, and on June 19 - same date as me).

So I'm teetering on the edge of Generation X and can understand its irony, can empathize with its feelings of belatedness and inferiority, etc. But at heart I don't really belong with that cohort. Deep in my fibres, my outlook is baby-boomer. I grew up into this idea of the New that Marcus writes about, absorbing it from a cultural atmosphere glowing with the fall-out from recent irruptions and still subject to their regular visitations.

Neophilia is native to me. It's my birthright. My mother tongue.

It's my truth, my illusion. 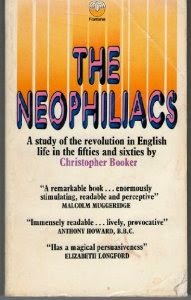 * Expect you have also noticed the existence of Greilmarcus.net  - a trove of Marcus writings from across six decades, an unruly archive set up by Scott Woods of rockcritics.com to coincide with the release of The History of Rock 'n' Roll In Ten Songs. I'ts full of surprises. For some reason I thought Marcus would despise Devo, but here is joyously celebrating the sheer poptastic thrills of their debut album.  And who knew GM ever wrote about dreampop? (Albeit focusing on The Cranberries and The Cranes, rather than MBV or Slowdive).  Or that he squeezed out some thoughts on the subject of The Verve! (I don't think "Bittersweet Symphony" is "whiny" but otherwise found much to agree with there).  I am waiting for Scott to dig out GM's favorable Village Voice review of Dire Straits's first album.

** "dreary historical fact". Marcus differentiates his approach from an "official" historical account of rock / pop as an evolving form ("there is no reason to be responsible to chronology, to account for all the innovators, to follow the supposed progression of the form) and  instead proposes and pursues an irreponsible, anachronological history. (As he has for years, at least since the "secret history' of Lipstick Traces).  There's a  parallel with Kodwo Eshun's "discontinuum," where the new breaks through into the present like a ghost from the future. But unlike Eshun, GM's "new" is not indexed to technology or even necessarily breakthroughs in what can be done with sound. The emphasis is very much new language - on song writing,  song as a drama, a stage rather than a space.  Or as Will Stephenson observed in his Oxford American review of Ten Songs: "He views songs as documents of physical effort rather than as abstract, sonic experiences. He’s never shown any real interest in the recording studio as an instrument, in aura, artifice, or pure sound.... production for its own sake is of no use to his critical approach, which is built on public action.”